In 1982 at Milton I. Swimmer Planning and Design, Inc. Ed Viser established himself as a serious environmental designer noted for his unique ability to test new conceptual interior design and planning techniques. In the mid ’90s, Ed’s career had moved to San Francisco where he was at the ground floor of the booming “dot com” construction era joining firms such as Barrett/Quezada Architecture, internationally known Anshen + Allen and Group 4 Architecture Research & Planning in South San Francisco, California.

Projects such as Downtown Palo Alto Library, Ziff-Davis Publishing, Mills Peninsula Hospital , Quokka Sports and the Microsoft South Campus in Mountain View further tested Ed’s ability to blend art, architecture and technology in design. Ed has been involved as an architectural design consultant for the “Worlds Largest Hotel Chain” Best Western International on many of their “Upper – Mid Scale” hotel concepts bringing to them his years of food service, interior design and construction expertise.

He is also a graduate of the American Barista and Coffee School and is passionate about specialty coffee and coffee shop design.

When Grant Olds ventured west to Arizona in 1982, he had set a course for his life that seemed solid. As a recent graduate of the prestigious College of Architecture at Virginia Tech and sole winner of the Student of Design Excellence Award, he traveled over 2,000 miles to the Phoenix, Arizona metro area where he sought to hone his skills with major architectural firms and to learn the practical side of his craft.

Planning on just a three year stint before he returned east, Grant worked diligently and developed a base of satisfied clients who appreciated his attention to detail and commitment to quality. A desire to have a greater impact on the visual landscape of ever-growing Phoenix eventually would push the Virginia native into founding his own practice. In 1988, Grant L Olds Architects opened for business in Tempe, Arizona ready to make a large impact in the Valley of the Sun and beyond!

For over 6 years, the city of Tempe, Arizona has had the privilege of having Grant sit as the Chairman of the City of Tempe Design Review Board. His extensive understanding and knowledge in the workings of city government and the architecture community from Tempe to Columbia SC makes Grant a key partner for Café Design & Architecture’s national presence. In addition to being NCARB Certified, Grant holds licenses in architecture in several states including; Arizona, Nevada and Virginia.

Laure Macanas was introduced to the Specialty Coffee & Tea industry in 1998 when she began working with one of the pioneers, Jim Glang of Crossroads Espresso as their General Sales Manager. At the time, Crossroads Espresso was the exclusive importer of La Pavoni Espresso Equipment. Her tenure there allowed her to develop relationships with allied professionals and learn about the industry, ‘old school’ as well as get her hands dirty while learning how to fix old Pavoni machines!!

Then, due to a move from Oregon back to San Francisco in 2000, she worked with David Rio Chai and Tea Company, still one of the greatest chai manufacturers in the industry today, as their V.P. of Sales. There, Laure helped develop and build the brand while working with amazing people and developing a passion for fine teas. Working with David Rio and being part of their growth was an incredible journey that led to wonderful friendships and lasting business relationships.

If you see Laure at any trade show or event, whether you know her or not, go on up and say hello! She truly welcomes the opportunity to get to know you and about your business.

Lloyd L. DesBrisay has been in professional practice since 1989. His work is driven by the quest for practical, effective and affordable solutions to complex architectural and interior design problems, on levels ranging from conceptual to minutely technical. He has extensive experience on historic restoration, institutional, theater and museum projects as well as residential, commercial, high-tech, and medical projects nationwide. Primary among his accomplishments are the award-winning restorations of the historic Friedman Theatre (originally called the Biltmore Theatre) on Broadway in New York City and Louis I Kahn’s seminal Yale University Art Gallery’s museum building. His work has been published internationally, including a peer-reviewed article on the Kahn Building renovation that he wrote for the journal Conservation of Modern Architecture (Donhead Publishing).

Lloyd is a licensed architect in New York and California. He was awarded a Departmental Citation from the University of California Berkeley’s Architecture department where he received a Bachelor of Arts in Architecture degree.

Prior to joining Café Design & Architecture as Principal Architect r.Crosby Stickles had been in private practice as an Architect since 1978 bringing with him more than 30 years of experience ranging from transportation, government, custom residential and high end retail interiors projects.

Robert brings his focus in sustainable design and alternative energy use with LEED AP Certification. Robert has completed coursework at Arizona Real Estate School in Scottsdale, AZ. He holds a NCARB certificate which allows him to practice architecture in several states including, Florida, Arizona, California and Massachusetts.

When Robert is not working he enjoys helping other aspiring architects and designers in their practices. r.Crosby Stickles has taught and mentored students at Half Moon Seminars as a presenter & seminar director; Frank Lloyd Wright School of Architecture, Scottsdale, AZ; Boston Architectural Center, Boston, MA and New England School of Art & Design, Boston, MA. Robert lives in Scottsdale, Arizona.

For over 20 years, Carl has managed branding and creative services for a variety of companies in different markets. He is an award-winning designer with a background in marketing management, communications, graphic design, and branding execution at both a corporate and local level.

Carl’s branding experience covers a wide range of organizations including small and large businesses. His experience ranges from the creative execution of identity pieces to strategic planning for both product and service oriented businesses.

His hospitality, retail, and customer service background bring an effective mix of competencies to effectively plan, design, and execute the needs of clients.

Carl brings an expert level understanding of printed and digital mediums, managing creative assets and the application of each. 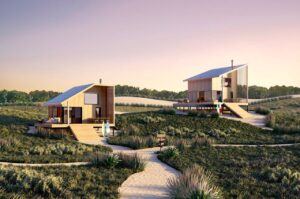 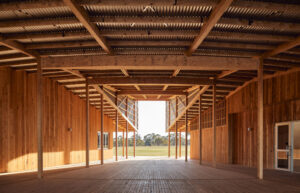 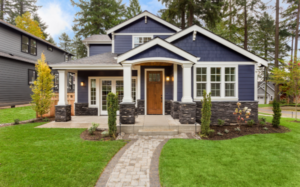