The Trump administration has finalized its plans to expand drilling in the National Petroleum Reserve in Alaska (NPR-A), upsetting environmentalists by creeping toward protected territory within the reserve.


The approval of the Willow Project allows ConocoPhillips to produce up to 590 million total barrels of oil over the next 30 years.

“President Trump made his administration focus on American energy independence and the freedom it provides from day one of his term,” Interior Secretary David Bernhardt said in a release announcing the decision.

“This decision will make a significant contribution to keeping oil flowing down the 800-mile Trans Alaska Pipeline decades into the future while delivering federal and state revenue as well as important impact assistance to the affected native communities.”

Environmentalists say the oil activity will disrupt polar bear and caribou, particularly as oil activity expands next door at the Arctic National Wildlife Refuge (ANWR). On Friday, Interior released a plan that would greenlight seismic testing there as soon as December.

“The attacks on the Arctic just continue to escalate. The finalization of oil and gas plans for the Willow project and the Arctic National Wildlife Refuge are a one-two punch to wildlife including imperiled Southern Beaufort Sea polar bears and their critical habitat,” Nicole Whittington-Evans, Alaska program director at Defenders of Wildlife, said in a release.

“Despite the urgent need to ramp down our carbon emissions, as the Arctic continues to melt, the Bureau of Land Management just continues its drumbeat to drill for fossil fuels.” 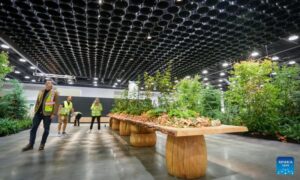 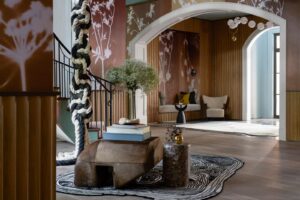