Japanese entrepreneur Takeshi Homma, whose Silicon Valley-based startup has embarked on a project to build next-generation “smart homes” in the United States, sees himself as not only a problem solver but an innovator.

In 2016, Homma quit his executive role at Japanese e-commerce giant Rakuten Group Inc. at age 41 to found Homma Group Inc. He did so with an eye on designing the creature comforts of futuristic residential living, using home construction smart technology. 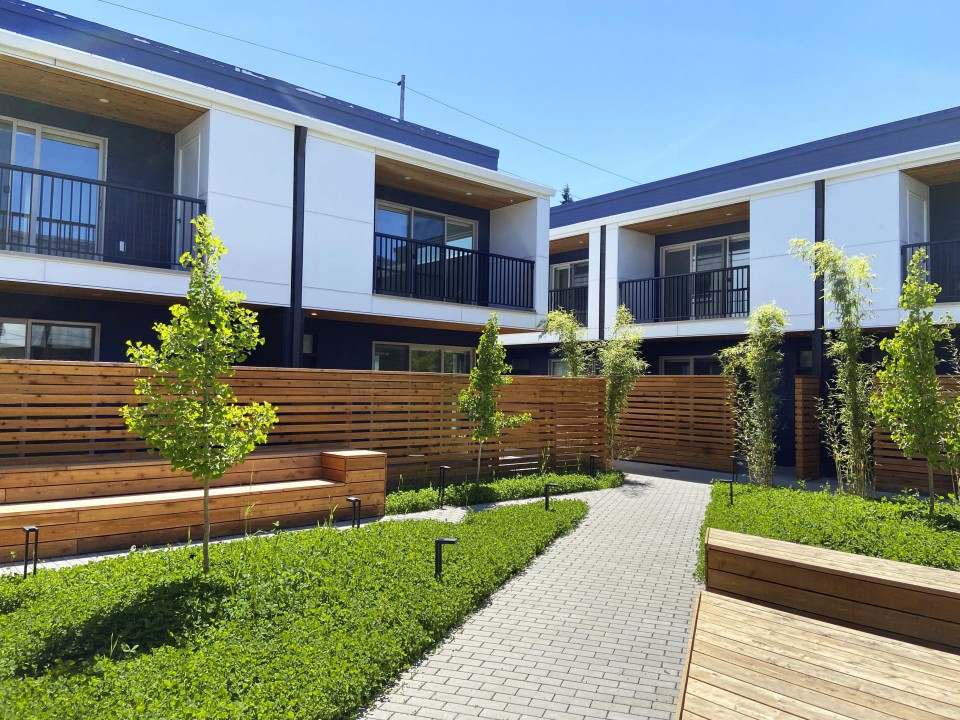 A “smart home” in Portland, Oregon, developed by Silicon Valley-based startup Homma Group Inc., is shown in this photo taken in June 2022. (Kyodo)

Coming from a family of builders, including one grandfather who was an architect and the other who ran a construction materials business, Homma has been fascinated with building homes from an early age.

“As a kid, residential construction was a familiar thing to me, and I became interested in interior design, among other aspects of building,” Homma said in a recent interview.

In a two-story house for lease constructed by Homma Group in Portland, Oregon, ceiling and banister light fixtures light up when someone places a foot on the steps leading into the home. Some 30 sensors throughout the house detect motion, and all lighting is controlled automatically.

“We’ve made it a life where you need not touch any wall light switches,” said Ryo Inoue, Homma Group’s head of architecture. 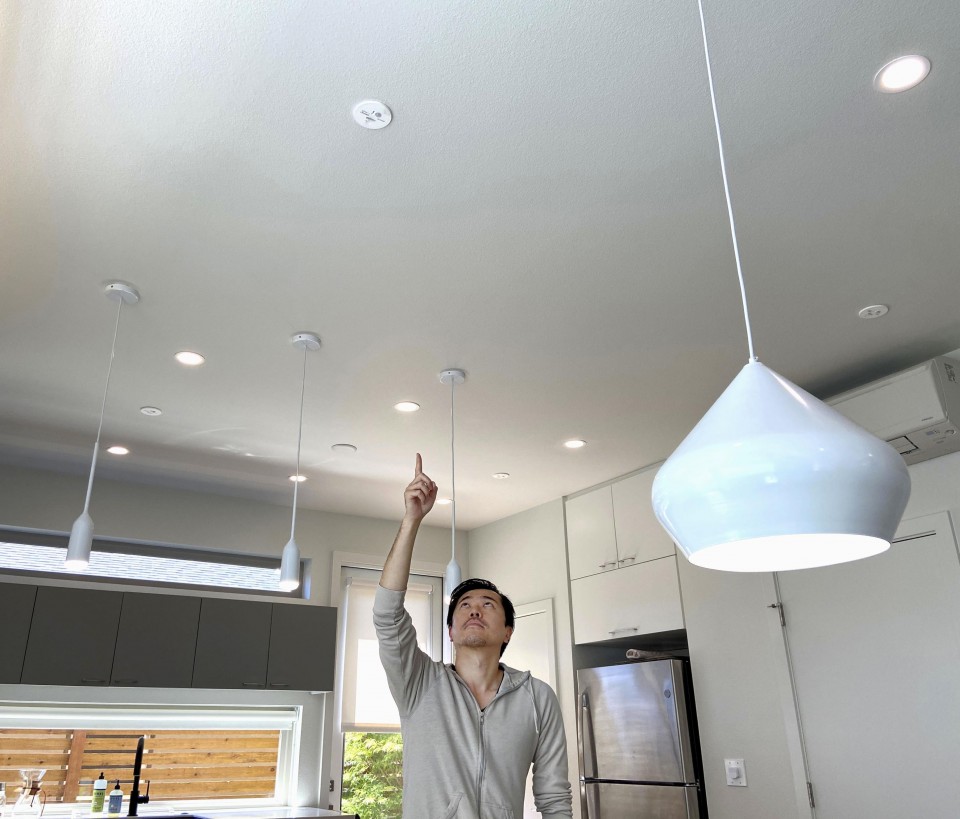 Not only does the home automatically turn lights on and off, it also adjusts brightness and tones, blending into the daily lives of its inhabitants depending on the time of day. For example, the home softens the lighting when someone gets up to use the bathroom in the middle of the night.

Homma believes the fact that the house has automated lighting helps reduce the frustration when a child, for instance, repeatedly forgets to switch off the bathroom light.

“A parent will get angry with a child who forgets to turn off the light. This could occur in any household. If you leave the lights on in the first place, the electricity bill gets higher, but if they are automatically controlled, you can save,” Homma said.

After starting Homma Group in 2016, the Japanese entrepreneur placed the startup’s center of activity in California’s Silicon Valley, the global hub for technology and innovation.

Other than his family background involving construction and architecture, Homma says there were two other reasons he turned his attention to the residential building market in the United States.

Homma, now 47, had been appointed an executive officer at Rakuten in 2012, where he was tasked with devising business strategies for global digital content while based in Silicon Valley.

He was inspired by the emergence of IT startups there that rethink old industries through innovation — such as Tesla revolutionizing electric vehicles and ride-hailing service Uber Technologies which brought new solutions to the taxi industry.

This inspired him to re-enter the world of entrepreneurship, nearly two decades since he ran a startup as a web designer in his college days. “I’d thought of just living a peaceful life as a salaryman, but I determined then that I also wanted to create a future and bring about innovation,” he said.

The final and perhaps most significant reason is that he saw a problem in the U.S. housing market. Although residential homes had superior functionality as compared to Japanese homes, such as good insulation, Homma realized there was little progress in housing construction efficiency.

Since pre-fabricated bathrooms and system kitchens are not widespread in the United States, with tradespeople usually building them on-site, it is typical for a house that can be built in one year in Japan to take two to three years in the United States.

Homma explained further that because American builders tend to be conservative in their thinking, he feels they avoid using new materials and equipment as much as possible, only focusing on the building itself while taking little interest in technology. 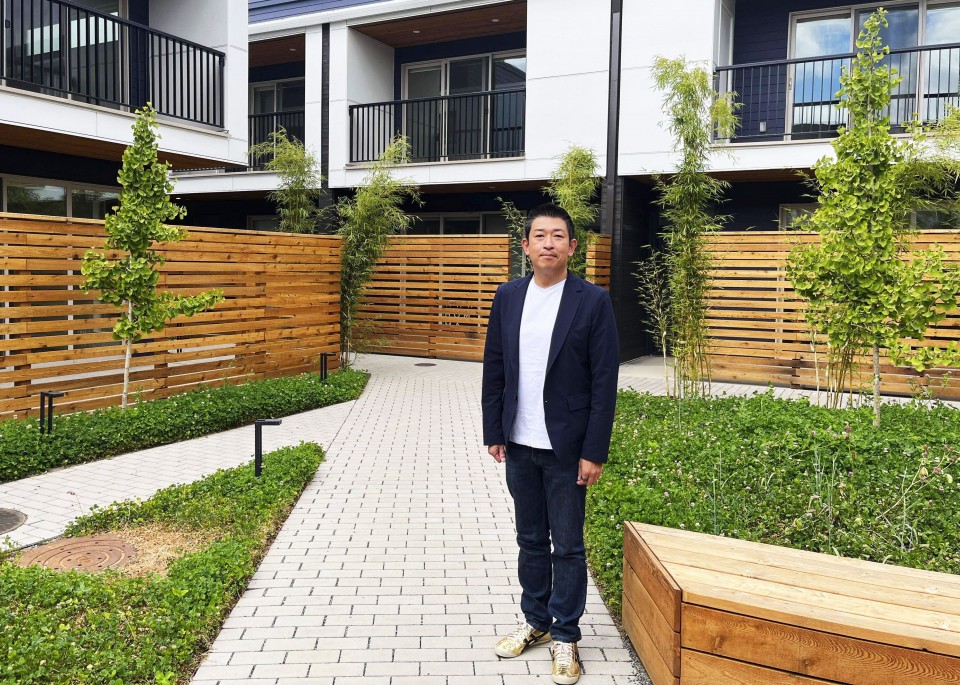 Unlike Japan, where houses have a relatively short lifespan before being demolished and the land built on again, in the United States, old houses are renovated and live on. So if a homeowner wishes to create a “smart home,” they must retrofit by buying and installing various devices. Having to download a slew of apps to your smartphone to operate those devices only complicates matters, Homma says.

“So by incorporating the efficient building practices of Japan, I thought it would present a great business opportunity to introduce IT to residential construction in the U.S.,” Homma said.

As the coronavirus pandemic has made teleworking much more common, people are increasingly seeking to improve the multi-functionality of their homes. The 2,230-square-meter community development in Portland comprises 18 units, with courtyards equipped with Wi-Fi, allowing residents to work outside in the fresh air. 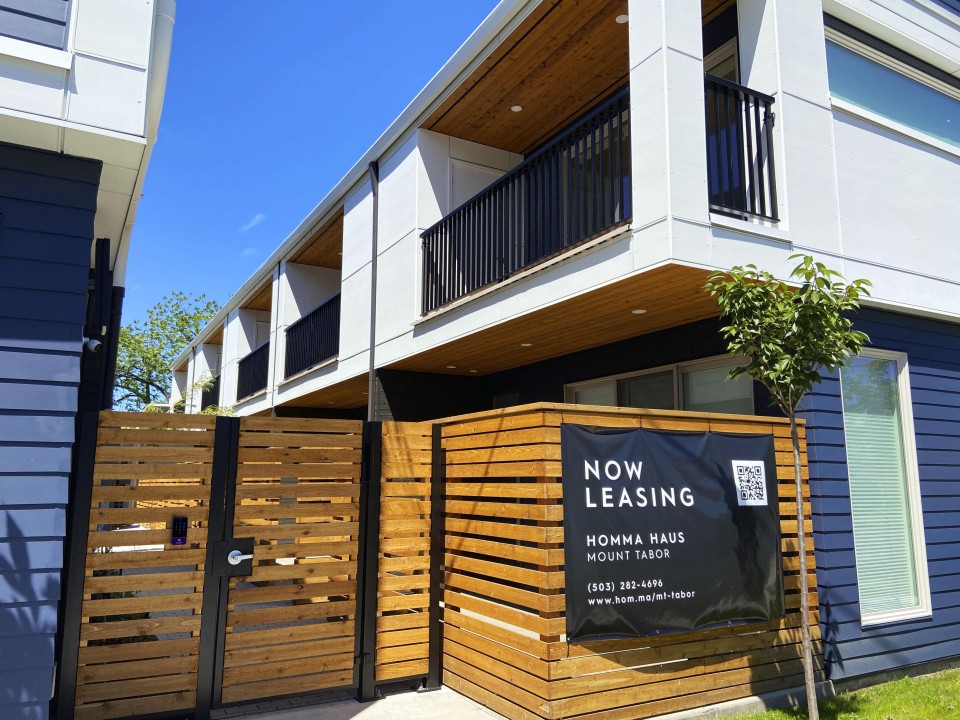 A “smart home” in Portland, Oregon, developed as a rental property by Silicon Valley-based startup Homma Group Inc., is shown in this photo taken in June 2022. (Kyodo)

Utilizing its knowledge of rental house leasing while strengthening the development of built-for-sale houses, Homma Group is also considering providing “smart home” technology to other firms.

“Under pandemic conditions, the layout needs have changed, with people wanting both open spaces and privacy protection,” he said.

Homma Group will now put its focus on the challenge of revolutionizing the U.S. housing industry amid a slowdown in demand due to a less-favorable interest rate environment, which will depress house prices, and a potential recession.