– He said as the CS, he would order the arrest and arraignment of Raila for masterminding electoral violence

Kimilili MP Didmus Barasa has launched a scathing attack against Opposition leader Raila Odinga and said he had the perfect remedy to stop him from causing chaos in the country. 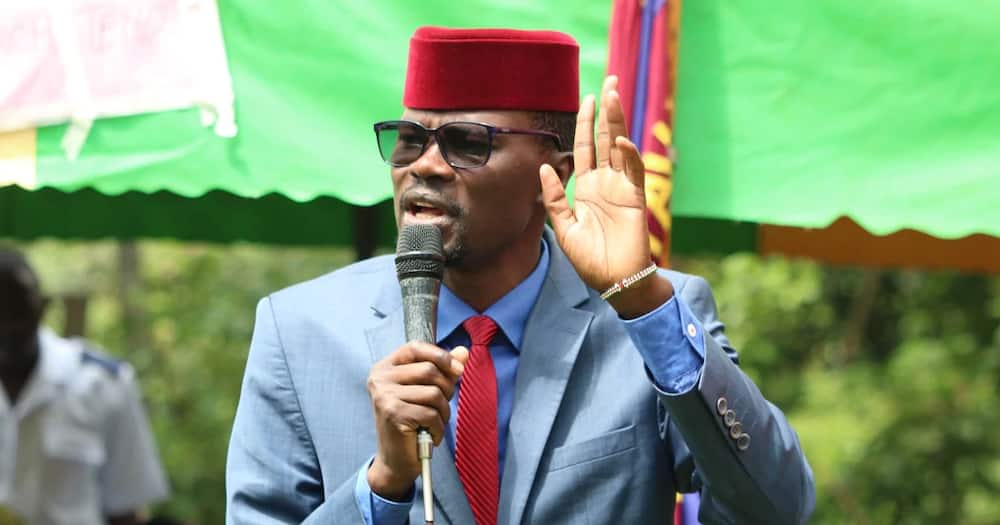 While pointing out electioneering years such as 2017 where out of all the presidential candidates, Raila brought hostility in the country, the Tanga Tanga lawmaker said it was time to tame the former premier.

Speaking to the press on Sunday, November 22, the fiery MP said if he is appointed the Interior Cabinet Secretary, he will order for the immediate arrest of Raila and get him charged in a court of law.

He said Raila had infringed the law on a number of occasions in the past such as when he swore himself in as the people’s president and it was only fair if the law applied to him as it did to anyone else.

“The only way to stop Raila Odinga from causing chaos after every election is by appointing me as Cabinet Secretary for Interior. I would ensure that he is arrested and charged in a court of law,” he said.

Though William Ruto and his allies and the ODM leader have been at each other’s throats due to their political differences, Bishop David Oginde of Christ is the Answer Ministries (CITAM) stunned Kenyas after prophecising the two political antagonists will be in the same team.

As reported by TUKO.co.ke, Oginde noted so much had changed since 2017 that there was nothing that would stop further developments in the near future.

In his speech, the preacher warned Kenyans against trusting politicians noting most of them were unreliable and keep on changing tactics for their own survival.

Do you have a groundbreaking story you would like us to publish? Please reach us through [email protected] or WhatsApp: 0732482690. Contact Tuko.co.ke instantly.