Explore the exterior design of the upcoming sub-4m Nissan offering

Nissan has finally unveiled the production-spec Magnite model. It is the brand’s made-for-India sub-compact SUV offering seeking to take on heavyweights like the Kia Sonet, Maruti Vitara Brezza and Hyundai Venue. The Magnite is based on the same platform as the Renault Triber and aims to offer a spacious cabin, possibly the best in its segment. It will also debut a new 1.0-litre turbo-petrol engine which will get the option of a CVT automatic. While the Magnite is due to launch in late November with more details to be unveiled soon, let’s take a closer look at its production-spec exterior design: 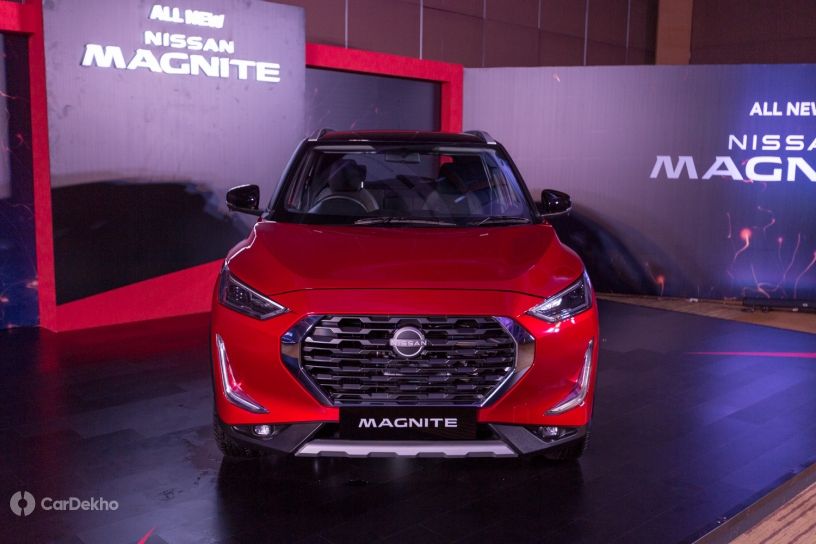 The front end of the production model looks a lot like the concept that previewed it. The Magnite gets a large front grille that takes up most of the front fascia and is the first model in India to bear the new Nissan logo. The bumper is minimised to the rugged-looking bit at the bottom. It has a sporty look thanks to the sharp geometry of the hexagonal grille design with chrome on the sides, instead of the top and bottom. The front skid plate contrasts the black surround that also houses the fog lamps under the daytime running lights. 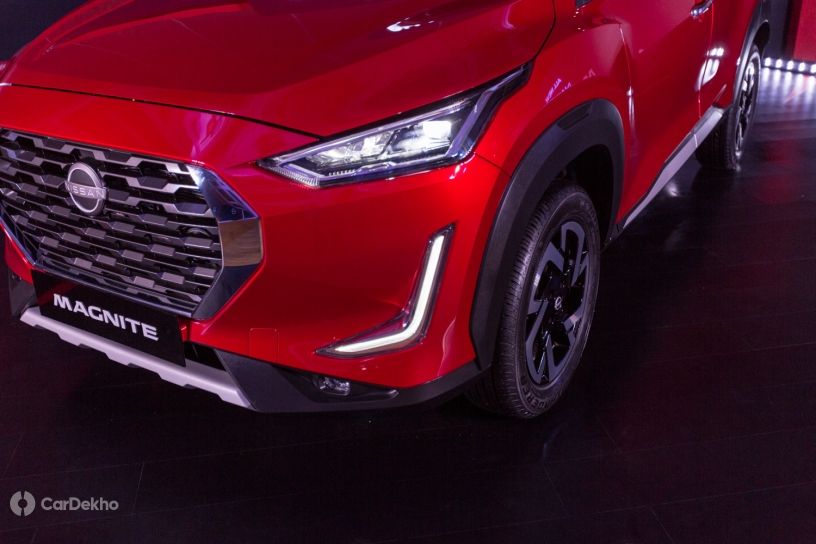 Nissan has equipped the Magnite sub-4m SUV with sleek LED bi-projector headlamps, with smart-looking streak LED turn lamps and LED fog lights. The L-shaped LED DRLs add to the sporty and distinctive look of the Magnite and would be hard to miss in one’s rearview mirrors at night. 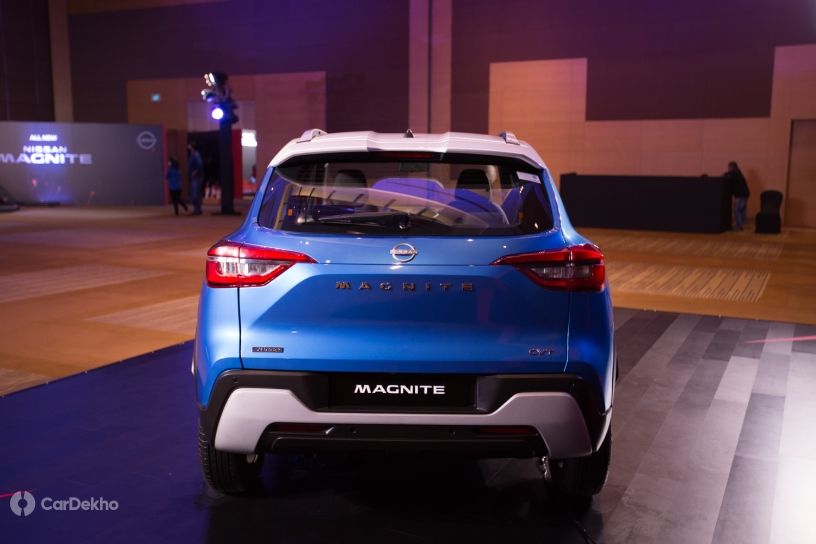 The backend of the Nissan Magnite seems like a contrast to its front with a plain but sophisticated design. Its tailgate features sculpted character lines between the split tail lamps which aren’t even LED units. In some ways, it is nice to see a new model without the connecting element and widely spaced-out tail lights which accentuate the width of this sub-compact SUV. The Magnite lettering under the Nissan badge is the only break in the otherwise uninterrupted shape of the boot. It has contrast black bumpers with silver cladding for a more rugged look. The Magnite also gets an integrated roof spoiler design which adds to its overall sporty appeal. Its tailgate also gets the turbo engine badge and that of the CVT gearbox if that’s the variant you go for. 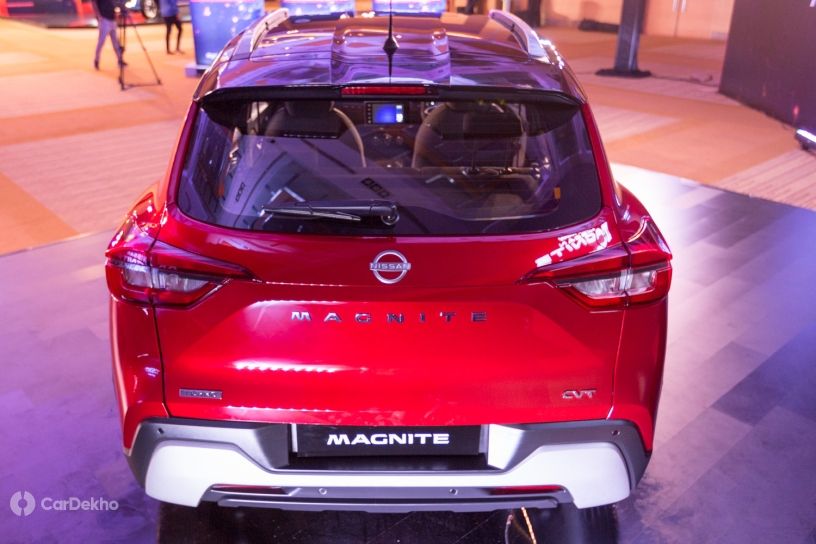 The Magnite’s roof features a cutaway design which adds to its sporty look while probably helping with the car’s aerodynamic efficiency. This shape extends to the roof-mounted spoiler as well. 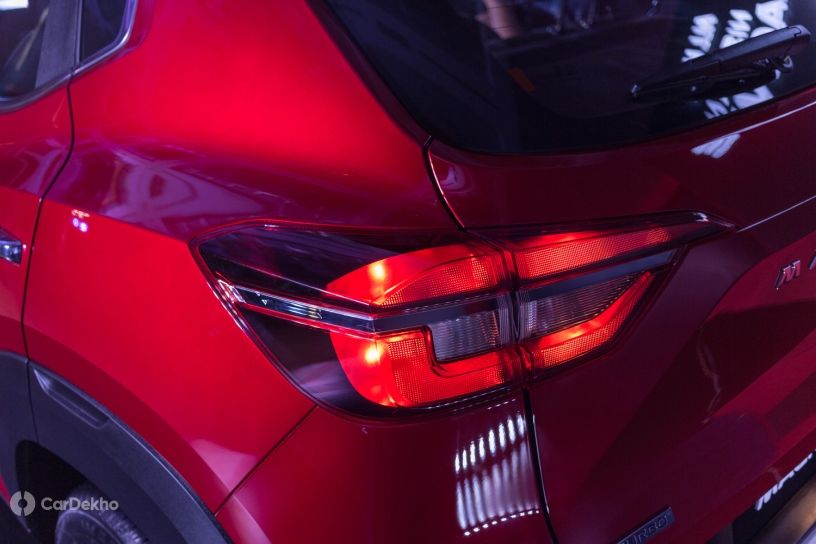 In terms of the design of the tail lamps, the details are more visible up close but look quite simple from afar. They extend down the sides and converge to meet the muscular character line down the side of the Magnite. The unit is horizontally split by a chrome bar that’s integrated into the lamp and because it is also split vertically along the tailgate, it seems like it has four sections with the reversing light in the middle. 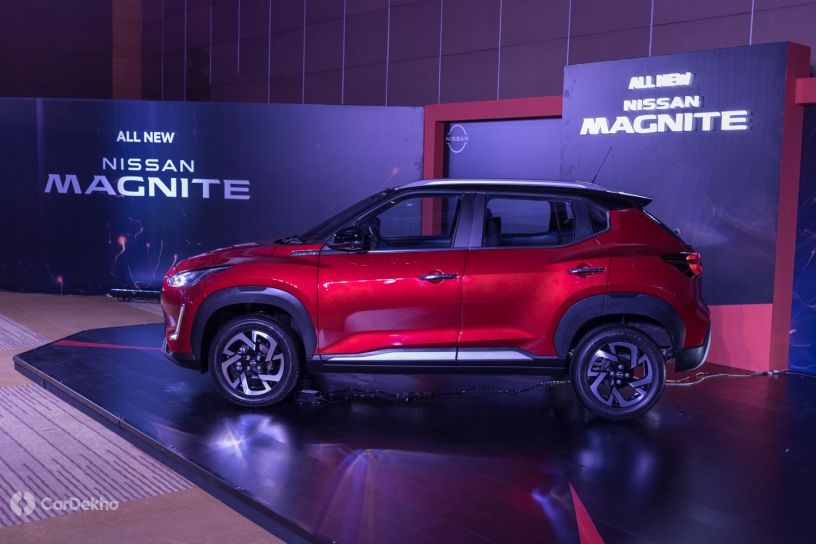 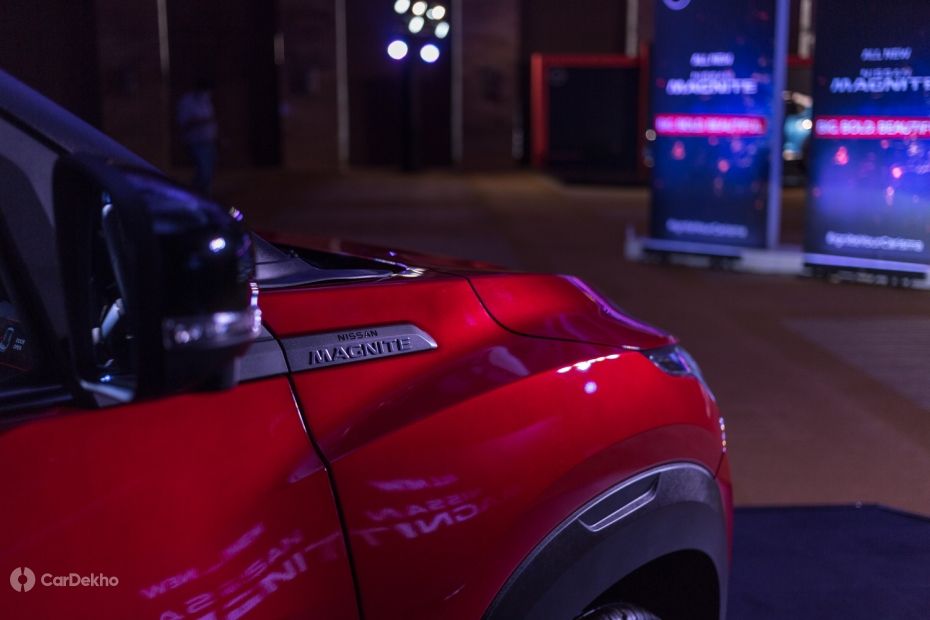 From the side, the Nissan Magnite bears some resemblance to the Kicks. It has a sporty silhouette thanks to the windscreen rake, the integrated roof spoiler, and the cutaway design which then flows into the curvy rear end. At the same time, it has bold SUV cues thanks to its tall stance, the squared-off wheel arches, and the integrated design of the body cladding that connects from the front bumper and flows all the way to the rear bumper. The Magnite has a ground clearance of 205mm and it also gets functional roof rails (~ 50kg load rating). Nissan has also given it a special nameplate above the front fender. 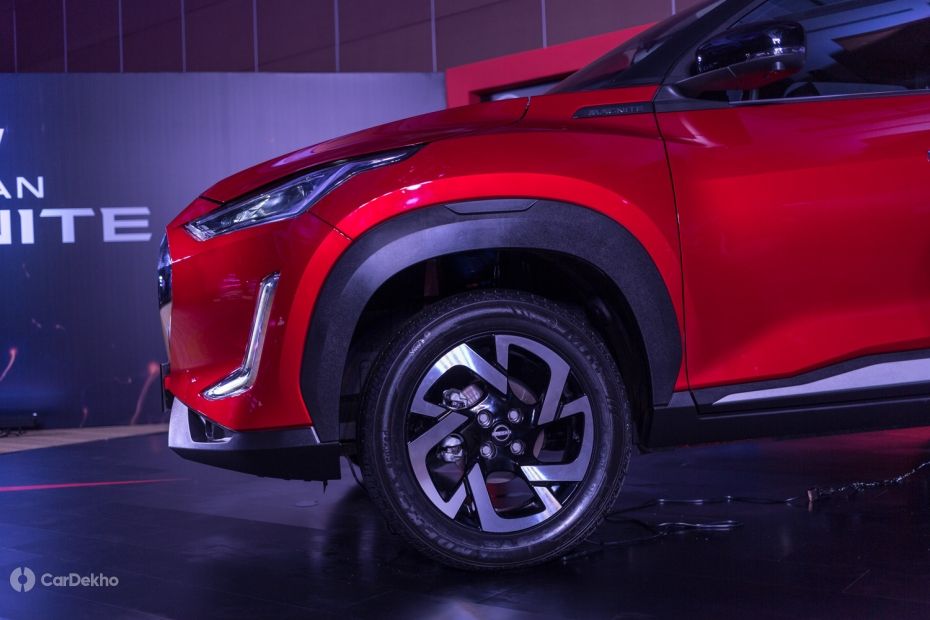 Nissan offers the Magnite with 16-inch diamond-cut alloys and the design is very similar to the exaggerated ones that debuted on the concept model. These wheels look a little small in those boxy wheel arches but the premium finish and design make up for it.

Nissan will be the first to offer a 360-degree camera in the sub-4m SUV segment with the Magnite. The brand has done a good job of hiding the cameras in inconspicuous locations. Its front camera is on the grille just below the Nissan badge while the rear camera is positioned on the lower lip of the tailgate. Neither is visible when standing normally near the car. 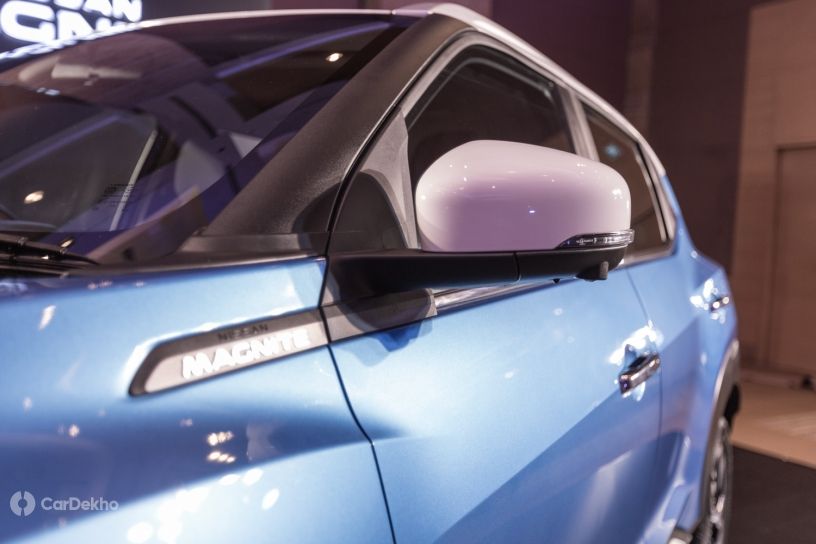 Meanwhile, the side cameras are positioned on the base of the outside rearview mirrors, housed in the black cladding below the turn indicator.

Customers can choose between eight colour options: five monotone and three dual-tone shades. You can explore them in more detail here. 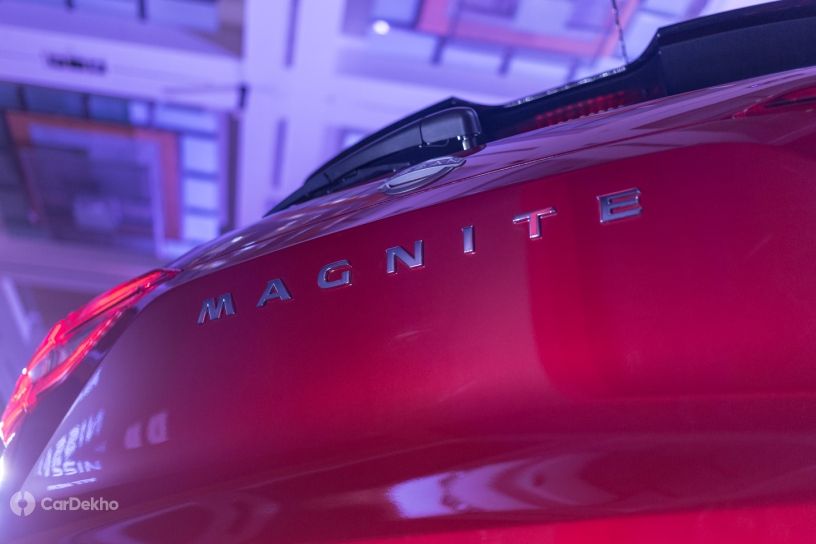 The Nissan Magnite will enter a hotly contested segment and as such, it has to stand out in as many ways as possible. Its sporty styling and distinctive front end should make it easy to tell it apart from its numerous rivals and even its upcoming Renault Kiger sibling. Nissan is expected to price the Magnite from Rs 5.5 lakh onwards while the fully-loaded variant with segment-first features such as the 360-degree camera could reach the Rs 10 lakh mark. Stay tuned to CarDekho for more updates on the Nissan Magnite sub-4m SUV.

Beyond the drafting table: Building project benefits students and city