To most people, it might seem unusual for someone to hire their former theater teacher from sleepaway camp to design the interiors of their family’s new home. But for Emily Tisch Sussman, it was a thrilling encore when she enlisted New York–based designer Alec Holland to completely outfit the Hamptons house she shares with her husband, Kevin Craw, and their three young children.

“This is a second career for me,” explains Holland, a former comedy writer and actor. “I lived on the West Coast and came here to teach theater at a performing arts camp in the Berkshires where Emily had been a camper—then a counselor during college—which is how we met.” 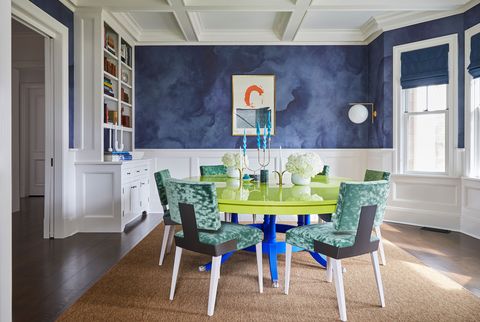 The two lost touch over the years, but during the pandemic Holland—by now an established interior designer—received a message from Tisch Sussman on Instagram. “She’d followed me for a while and—knowing I was super into color and joyful design—explained how they’d been living in New York City but moved into this fully furnished home practically overnight and needed my help.”

“We actually moved eight times in 18 months, and I had my third baby in the middle, so it was chaotic by the time we moved in—literally an hour after the seller left,” recalls Tisch Sussman, a respected Democratic political strategist and host of her own weekly podcast She Pivots in partnership with Marie Claire.

See Inside This Happy Hamptons Home 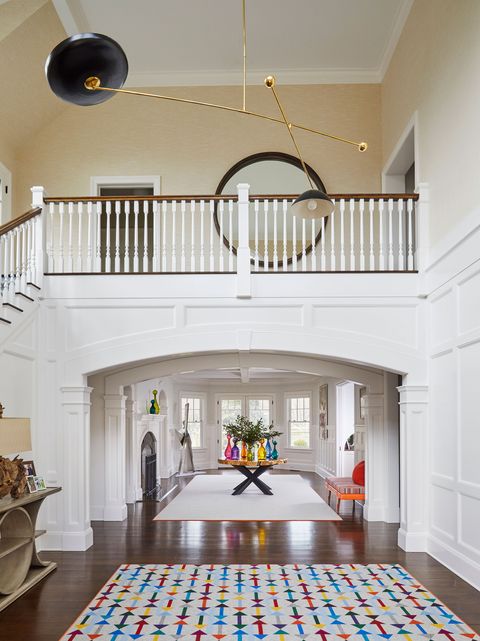 But the furniture, which came with the property, had to go. “It was all sort of Federal-style, and none of it made sense [for them],” Holland says. “Emily’s a very colorful person who really likes things to pop—it’s just like how she presents herself.”

Apart from selecting what to repurpose—and completely furnishing the 9,000 square-foot, eight-bedroom, eight-bathroom home—Holland had the added challenge of navigating the design process while the family lived on-site the entire time. “The good news is that, living there, we already had some ideas how we use the space,” Tisch Sussman says. “And Alec was very good at taking our sweeping [design] ideas and bringing them to life.” 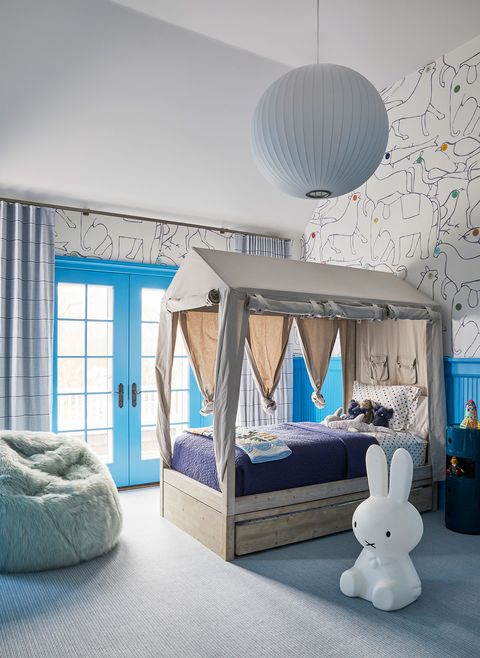 Holland designed spaces for the entire family, including this adorable boy’s room.

The pair worked effortlessly together to hone the overall aesthetic, while still honoring the integrity of the home. “It was so fun working with him—as much fun as when we were counselors together,” Tisch Sussman shares wistfully. “And now the home has so much positive energy that every time I enter, I’m like, ‘Yes, this is our space. This is us!’”